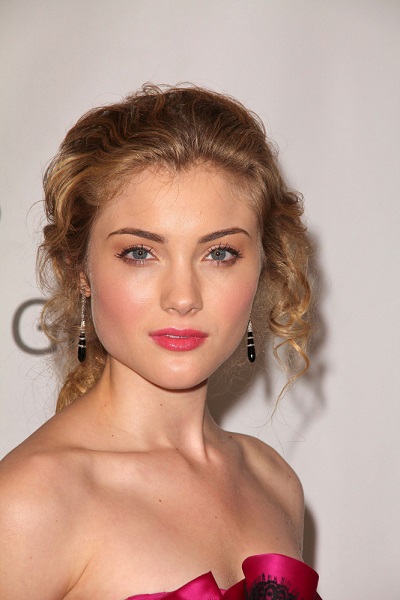 Samuels in 2011, photo by Prphotos.com

Skyler Samuels is an American actress and model. She is known for her roles in the film The DUFF and the series Scream Queens, among other.

Skyler’s paternal grandfather was Frederick Samuels (the son of Harry/Hirsh/Hersch M. Samuels/Schmulewitz/Schmulewicz and Charlotte “Lottie” Katz). Frederick was born in New York, to Jewish parents. Harry was born in Galachy, Mazowieckie, Poland, the son of David Louis Shmulovitz/Samuels and Rose Goldstein. Charlotte was born in Austria, the daughter of Abraham Katz, who was from Galicia, and Esther Faulkenfalk.