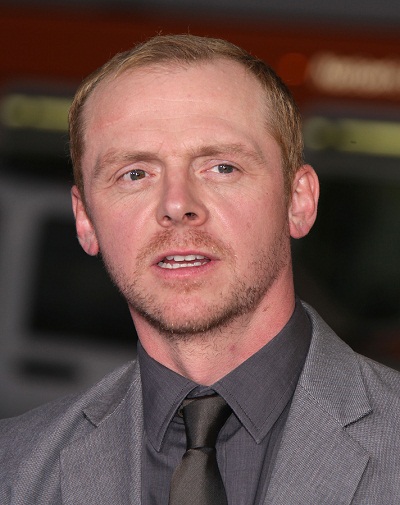 Pegg in 2011, image via DFree/Bigstock.com

Simon Pegg is an English actor, comedian, writer, director, producer, and singer. He is known for starring opposite Nick Frost.

Simon is the son of Gillian Rosemary (Smith) and John Henry Beckingham. His parents divorced when he was seven, and Simon took on the surname of his stepfather, Pegg.

Simon is married to music industry publicist Maureen McCann, with whom he has a daughter.

Simon’s maternal grandmother was Beatrice Emma Turner (the daughter of Frank Turner and Clara Jane Masters). Frank was the son of Thomas Turner and Hannah Vaughan. Clara was born in Cardiff, Glamorgan, Wales, the daughter of Edward Masters and Jemima Gigg. Clara was of mostly English ancestry.