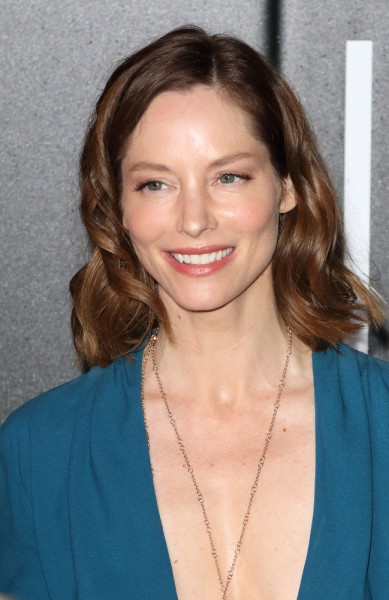 Guillory in 2015, photo by Prphotos

Sienna Guillory is a British actress and model. She is known for her role as Jill Valentine in the Resident Evil films, as well as for appearing in Love Actually, Eragon, Inkheart, and the title role in the mini-series Helen of Troy, among other projects.

She is the daughter of Tina Thompson, an English model, and Isaac Guillory, an American folk guitarist. Her father was born on the U.S. Naval Base, Guantanamo Bay, Cuba. Sienna was raised partly in Fulham and Norfolk, London. She is married to British actor Enzo Cilenti, with whom she has two children.

Sienna’s paternal grandmother was Victoria Ojalvo y Asseo (the daughter of Vitali Ojalvo y Carmona and Claire/Clara Asseo Neer). Vitali was born in Kavalo, Greece, the son of Jacobo Ojalvo y Levy and Sultana/Fanny Carmona, who were Turkish Jews, from Istanbul. Claire was born in Istanbul, to a Jewish family, the daughter of Dario David Asseo and Esther Neer.

Sienna’s grandfather Easton’s surname, Guillory, is usually of French origin, but Easton was buried in a Jewish cemetery with a Star of David on his gravestone, so he was likely Jewish, as well.