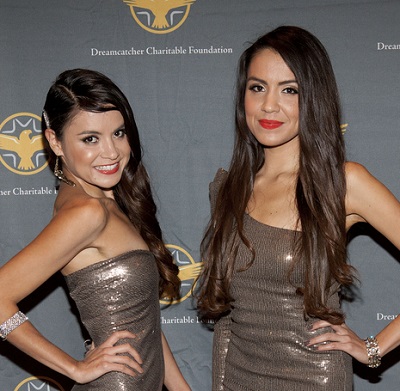 They appeared on The Tyra Banks Show, to discuss stereotypes about Native Americans/First Nations. They have appeared on several series, including Smallville and Blue Mountain State.

Shannon and Shauna’s maternal grandmother is Emma George (the daughter of Isaac George and Louise Ogen). Emma is of Stellat’en band of Carrier people. Isaac was the son of Daniel George. Louise was the daughter of Pierre Ogen and Christine Isaac.