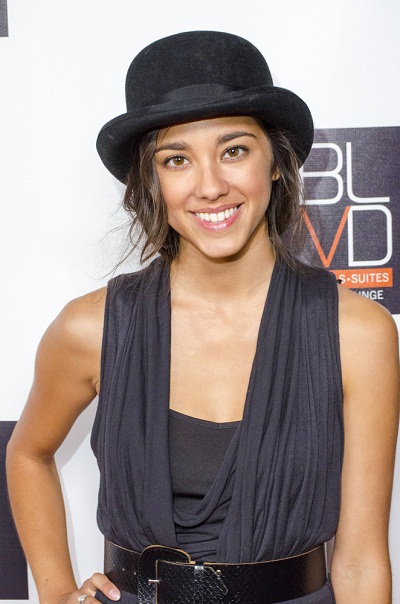 Seychelle Gabriel is an American actress. She was born in Burbank, California.

Her father is of half French and half Mexican descent. Her mother is of Italian (including Sicilian) ancestry.

Seychelle’s paternal grandfather is Guy Gabriel (the son of Albert Emile Jules or Henry/Henri Gabriel and Suzanne Louise Ernestine Arnoux). Guy was born in Paris, France. Henri was the son of Albert Gabriel and Marie Viard. Suzanne was the daughter of Paul Edouard Arnoux and Maria Gouaille.

Seychelle’s paternal grandmother is Hermelinda S. Castro (the daughter of Angel/Angelo Castro and Juanita Yanez). Hermelinda is of Mexican origin. Angel was born in Durango, Mexico, the son of Juan Castro Montoya and Eulala Saucedo Lopes.