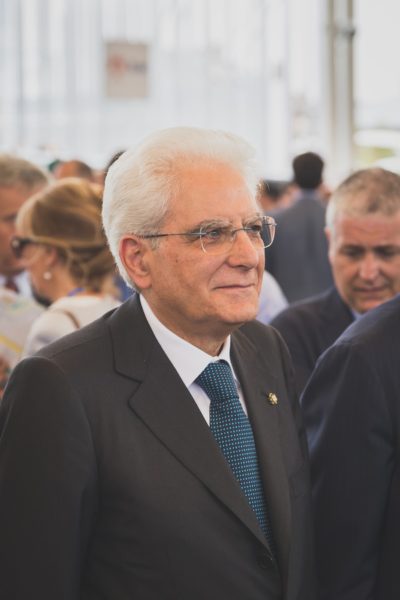 Mattarella in 2015, photo by tinx/bigstock.com

His father, Bernardo Mattarella, was an anti-fascist who, alongside Alcide De Gasperi and other prominent Catholic politicians, helped found the Christian Democracy (DC) party, which dominated the Italian political scene for almost fifty years, with Bernardo serving as a minister several times. His mother was Maria Buccellato.

He was married to Marisa Chiazzese, until her death. He has three children.

Sergio’s maternal grandmother was named Maria Romano (the daughter of a father surnamed Romano, and of Antoniettà Fundarò).