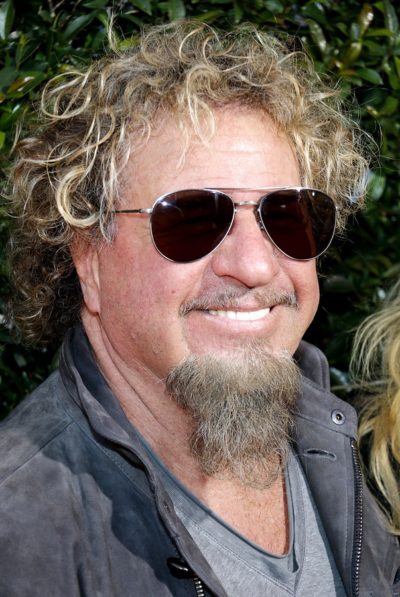 Hagar in 2016, photo by Starfrenzy/Bigstock.com

Sammy Hagar, also known as The Red Rocker, is an American rock vocalist, guitarist, songwriter, musician, and entrepreneur. He is the lead singer of supergroups Chickenfoot and The Circle. He was previously the lead singer of rock bands Montrose and Van Halen, among others. Other members of Van Halen include/have included Michael Anthony, David Lee Roth, Alex Van Halen, Eddie Van Halen, and Wolfgang Van Halen.

His father’s ancestry was English and Scottish. In his book Are We Having Any Fun Yet?: The Cooking & Partying Handbook, 2015, Sammy wrote that his maternal grandparents were from Sicily. He has also described himself as “half Italian, half Southern redneck.”

There are many claims on the internet that Sammy is of Lebanese descent. This is not accurate.

Sammy’s maternal grandmother was Catherine Alesse (the daughter of G. Alesse and Cathrina Galdona). Catherine was of Italian origin.

Sources: Genealogy of Sammy’s father (focusing on his own father’s side) – http://wc.rootsweb.ancestry.com