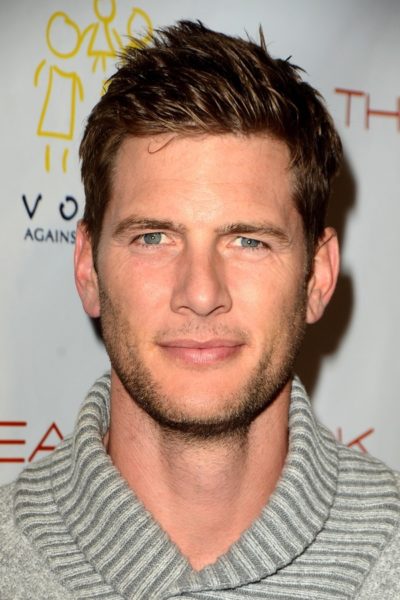 McPartlin in 2015, photo by kathclick/Bigstock.com

Ryan McPartlin is an American actor and model. His roles include the series Chuck, Living with Fran, and Passions, and the film Hunter Killer. He has modeled for Abercrombie & Fitch.

He is the son of Lois and Stephen McPartlin. He was raised in Glen Ellyn, Illinois. Ryan is married to actress Danielle Kirlin, with whom he has two children.

Ryan’s paternal grandfather was Stephen Emmett McPartlin, Jr. (the son of Stephen Emmett McPartlin and Anne/Ann Bernice McGoorty). Ryan’s grandfather Stephen was born in Illinois. Ryan’s great-grandfather Stephen was born in Oshkosh, Wisconsin, and was a pioneer in the field of refrigeration insulation. He was the son of Canadian parents, Patrick McPartlin and Catherine Fitzgerald, who were born in New Brunswick, to Irish parents from County Cork. Anne was born in Berlin, Wisconsin, the daughter of Irish parents, Peter McGoorty, from County Leitrim, and Mary Gaffney.

Ryan’s maternal grandfather was Lawrence Martin Henricksen (the son of Eilif Lorangh/Lorauth Henricksen and Olga Josephine Tveter/Forter). Eilif and Olga were Norwegian immigrants. Eilif was the son of Laurentz Henricksen and Ingeborg Nielsen.