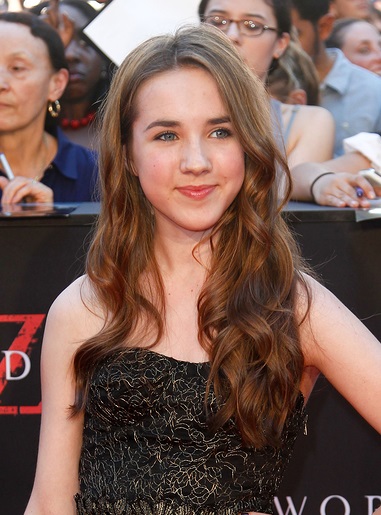 Ruby Jerins is an American actress.

Ruby is the daughter of Alana and Edgar Jerins. Ruby’s sister, Sterling Jerins, is also an actress. They were raised Jewish.

Ruby’s father is an artist from Omaha, Nebraska, and is of Latvian descent. Ruby’s mother is an actress from North Carolina, and is from a Jewish family. Ruby’s family belongs to a Conservative Jewish synagogue, which may mean that Ruby’s father converted to Judaism.

Ruby is pictured with her parents and sister here.