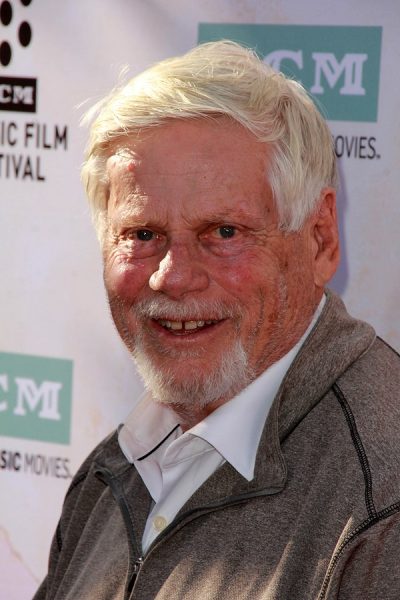 Robert Morse was an American actor and singer. He starred in How to Succeed in Business Without Really Trying on both stage and screen, as well as in many other acclaimed Broadway roles, and on the show Mad Men.

Robert was the son of May (Silver), a pianist, and Charles Morse, who worked at a record store, and managed a movie theatre chain. His father was born in Massachusetts, of German Jewish descent. His mother was born in New York, to Russian Jewish parents.

Robert’s paternal great-great-uncle, his great-grandfather’s brother, was politician and clothier Leopold Morse, who served as a Democratic Member of the U.S. House of Representatives from Massachusetts, from March 4, 1877 to March 3, 1885, and again, from March 4, 1887 to March 3, 1889. The Morse family were among New Hampshire’s earliest Jewish settlers.

Robert’s paternal grandfather was Jacob/Jake Charles Morse (the son of Charles Morse and Sarah Strauss/Straus). Jacob was born in New Hampshire, to German Jewish parents. Robert’s great-grandfather Charles was born in Wachenheim, Rhineland-Palatinate, the son of Jacob/Yakob Maas/Morse and Charlotte Mehlinger. Sarah was born in Baden, the daughter of Jacob Strauss and Betat.

Robert’s paternal grandmother was Josephine Gans (the daughter of Louis Gans and Esther/Hester/Esta Sturman). Josephine was born in New York, to a German Jewish father and an English Jewish mother.