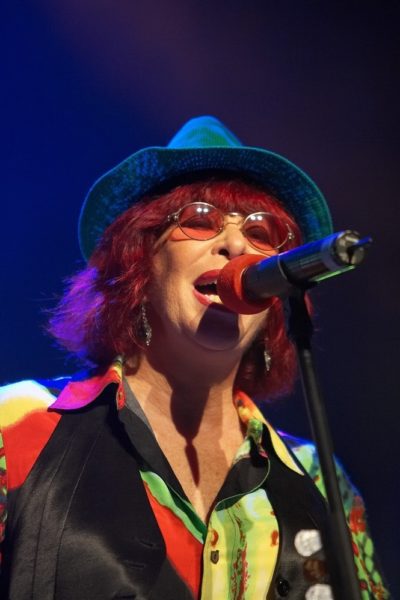 Rita is the daughter of Romilda “Chesa” and Charles Fenley/Finley Jones. She was raised Catholic.

Rita’s father had recent American ancestry, and was descended from the Confederados (about 20,000 Confederate American refugees who fled to Brazil after the American Civil War). Rita’s mother was born in Rio Claro, São Paulo, Brazil, to Italian parents from Isernia.

Rita is married to guitarist Roberto de Carvalho, with whom she has three children.

Rita’s maternal grandfather was Domenico “Domingos” Padula (the son of Antonio Padula and Maria Priuoli/Prioli). Domingos was born in Civitanova Del Sannio, province of Isernia, Molise region, Italy, and moved to Brazil in 1885.

Rita’s maternal grandmother was Clorinda Inforzato (the daughter of Paschoal Inforzato and Filomena di Salvo). Clorinda was born in Isernia.

Genealogy of Rita Lee (focusing on her father’s side) – http://www.geni.com