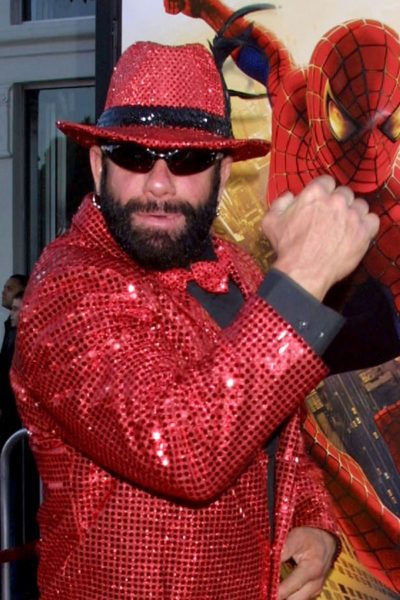 Savage in 2002, photo by kathclick/Bigstock.com

Randy Savage was an American professional wrestler, actor, and color commentator. He was also known as “Macho Man.”

He was the son of Judith (Sverdlin) and Angelo Poffo (Angelo John Poffo), a professional wrestler and wrestling promoter. His brother was professional wrestler Lanny Poffo. Randy tragically died when he suffered a heart attack at the wheel of his car. He was married to Barbara Lynn Payne, until his death. He was also credited as Randy Poffo, The Spider, The Big Geno, Bonesaw, Mr. Madness, Destroyer, and Executioner.

Randy’s paternal grandfather was Silvio Poffo (the son of Angelo Poffo and Angela Giacomelli). Silvio was Italian. Angelo was born in Levico Terme, Trentino-Alto Adige, Italy, and was the son of Carlo Antonio Giuseppe Poffo and Catterina Cecilia Bertoldi. Angela was the daughter of Giovanni Battista Giacomelli and Teresa Arnoldo.

Randy’s maternal grandfather was Harry Sverdlin (the son of Aryeh Sverdlin and Chaya Itka Perevoskin). Harry was a Lithuanian Jew, from Vilna. Chaya was the daughter of Girsh Shmuilo Perevoskin, from Smorgon, Oshmiany, Vilna.

Genealogy of Randy Savage (focusing on his father’s side) – http://www.poffo.com