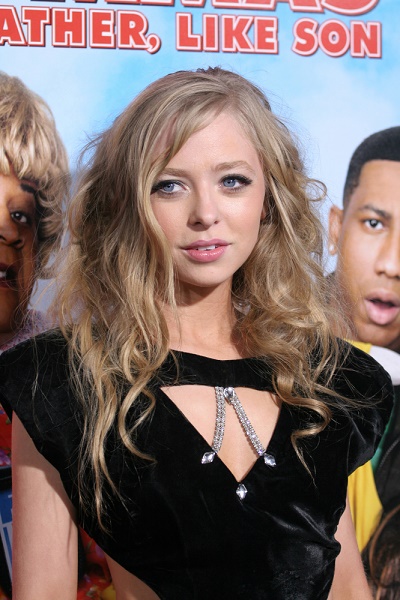 Doubleday in 2011, photo by Prphotos

Portia Doubleday is an American actress. She is the daughter of actors Frank Doubleday and Christina Hart (born Hartzell). Her mother is also a writer and producer of plays. Her sister is actress Kaitlin Doubleday.

Portia’s paternal grandfather was Arnold Doubleday (the son of Burdette Silas Doubleday and Emma Ita Baumberger). Arnold was born in Connecticut. Burdette was the son of Dwight Amos Doubleday and Martha/Mattie Ursula Wheeler. Emma was the daughter of John Arnold Baumberger and Emma Flubacher, who were Swiss, of Swiss-German descent, from Basel-Landschaft.

Portia’s maternal grandfather is Robert Harry Hartzell (the son of Richard Franklin Hartzell, Sr. and Elizabeth Ann “Betty” Springer). Robert was born in Pennsylvania. Richard was the son of William Orance Hartzell and Frances “Fanny”/”Fannie” Charles. Elizabeth was the daughter of Harry/Harrison A. Springer and Verna May Slagle.