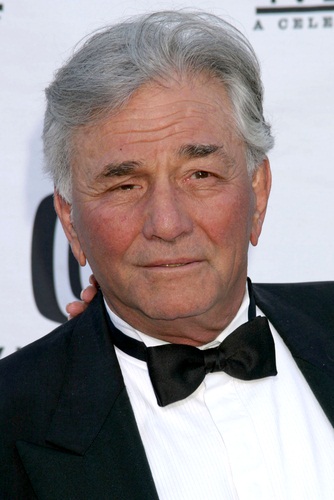 Peter Falk was an American actor. He is known for his role as Lieutenant Columbo in the series Columbo.

Peter was the son of Madelyn/Madeline/Magdaline (Hochhauser) and Michael Falk. His parents were Jewish, and were born in New York. His ancestors were Jewish emigrants from Russia, Hungary, and then-Bohemia.

Peter was married to actress Shera Danese, until his death. He had two children, who were adopted, with his former wife Alyce Mayo.

Peter’s maternal grandmother was Rosa/Rose Heller (the daughter of Jacob Heller and Hermina Hirsch). Rosa was a Czech Jewish emigrant, from what was then Bohemia.