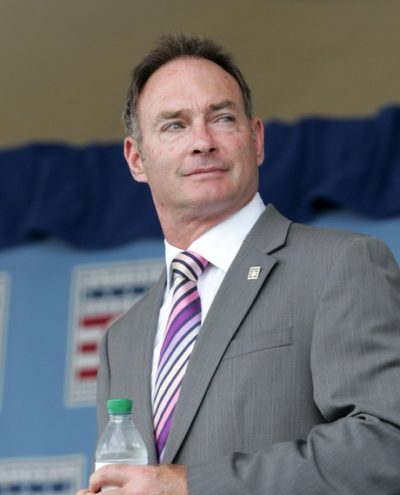 Molitor in 2011, photo by Prphotos.com

Paul Molitor is an American Major League Baseball player and manager. He was a manager of the Minnesota Twins, and is in the Baseball Hall of Fame.

Paul is the son of Kathleen and Richard Molitor. He has three children.

Paul’s maternal grandmother was Genevieve/Jenevive Margaret Schreiner (the daughter of Henry S. Schreiner and Magdalena Kerst). Genevieve was born in Minnesota, to parents of German descent. Henry was the son of Stephen Schreiner and Gertrude Ley.