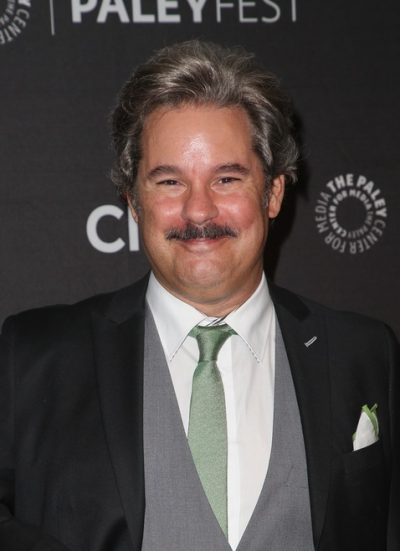 Paul F. Tompkins is an American comedian, actor, and writer. He is married to actress Janie Haddad Tompkins.

Paul’s paternal grandfather was William Earl Tompkins (the son of John Kirby Tompkins and Anna Katherine Geiger). William was born in Pennsylvania. John was the son of William H. Tompkins and Maren Christensen, who was Danish. Anna was German, the daughter of Johannes/John Geiger and Katharina/Catherine Dobler.

Paul’s maternal grandfather was Vittorio/Vito/Victor Benvenuto (the son of Vitale Benvenuto and Rosalia/Rose Cimo). Vito was born in Italy. Vitale was the son of Nicola Benvenuto. Rosalia was born in Cammarata, province of Agrigento, Sicily, the daughter of Vito Cimo and Maria Giuseppe Bagillera.