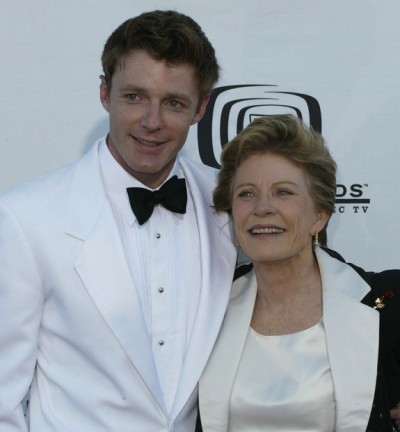 Patty Duke and son Mackenzie Astin in 2004, photo by Prphotos

Patty Duke was an American actress. She won the Academy Award for Best Supporting Actress for The Miracle Worker (1962).

Her father, John Patrick Duke, was of Irish descent. Her mother, Frances Margaret (McMahon), was of three quarters Irish and one quarter German descent.

Patty’s paternal grandfather was James Bartholomew Duke (the son of John Duke and Mary Sheridan). James was an Irish emigrant, from Longford.

Patty’s paternal grandmother was named Katherine/Catherine Ann O’Hara (the daughter of Michael O’Hara). Katherine was an Irish emigrant, from Longford.

Sources: Genealogy of Patty Duke (focusing on her father’s side) – https://www.geni.com