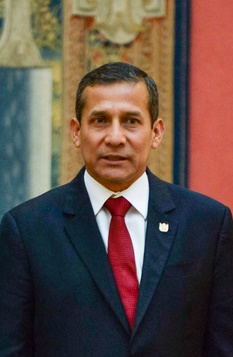 His father, Isaac Humala Núñez, was an ethnic Quechua indigenous lawyer. His mother, Elena Tasso Heredia, was of half Quechua and half Italian descent, the latter from an old Italian family, established in Peru at the end of the 19th century. Ollanta is married to Nadine Heredia Alarcon, with whom he has three children.

Ollanta’s maternal grandmother was María Heredia Palomino (the daughter of Manuel Heredia and María Palomino). Manuel was the son of José Heredia.