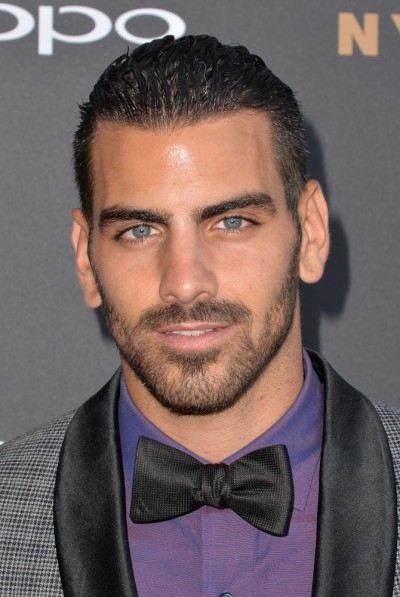 DiMarco in 2015, photo by Prphotos.com

Nyle DiMarco is an American model, actor, and deaf activist. He won season 22 of America’s Next Top Model.

He is the son of Donna DiMarco and Neal Thompson. He uses his mother’s maiden name. Nyle stated during episode 10 of America’s Next Top Model that his mother “comes from a huge Italian family from New York City” (she is of half Italian descent). His fraternal twin brother is deaf DJ Nico DiMarco.

Nyle grew up in Frederick, Maryland.

His entire immediate family, including himself, is deaf.

Nyle’s paternal grandfather is Charles Thompson (the son of Elmer Swartwood Thompson and Myrtle Luella Whitehead). Charles was born in Pennsylvania. Elmer was the son of William Thompson and Roseltha Swartwood. Myrtle was the daughter of Frederick Whitehead and Mary Compton.

Nyle’s paternal grandmother is Nancy Crone (the daughter of Clarence Crone/Crawn and Carrie Ervin). Nancy was born in Pennsylvania. Clarence was the son of Jacob Crawn and Dellia/Della Howe.

Nyle’s maternal grandfather is named Charles Lorenzo DiMarco (the son of Thomas DiMarco and Nancy). Charles was born in New York. Thomas was born in Italy.

Nyle’s maternal grandmother is Janice/Janaia/Janet Ruth Campbell (the daughter of Chester Russell Campbell and Alice Ruth Hallett). Janice was born in New York. Chester was the son of Harry Sefton Campbell and Bessie Isabel Grant. Alice was the daughter of Albert Edward Hallett/Hellett, who was born in New York, to an English father; and of Jessie Flummerfelt, who was Canadian.