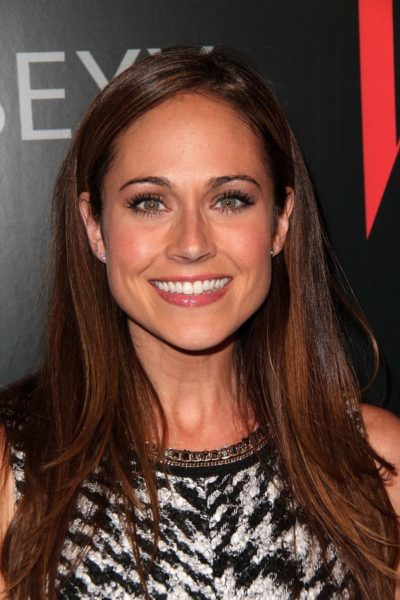 Nikki DeLoach is an American actress and singer. Nikki is married to musician Ryan Goodell.

Nikki is the daughter of Terri (Thompson) and David DeLoach. She has a sister, LeAnne, and a brother, Brett. They were raised in Blackshear, Georgia.

Nikki’s patrilineal ancestry can be traced back to Michel Desloges, who was born, c. 1645, in either France or England, of French descent. Nikki’s other roots include English, Scottish, Scots-Irish (Northern Irish), and German.

Nikki’s paternal grandmother was Thedius Barnard (the son of James Pratt Barnard and Miriam Alma Dixon). James was the son of George Elmore Barnard and Patsey Agnes Hyers. Miriam was the daughter of Jasper Lamar Dixon and Avie Laverne Griner.