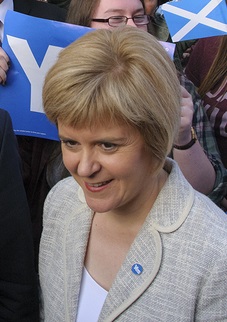 Ethnicity: Scottish, as well as one quarter English

Nicola is the daughter of Joan Kerr (Ferguson) and Robert Sturgeon. She is married to Peter Murrell, who is the chief executive of the Scottish National Party.