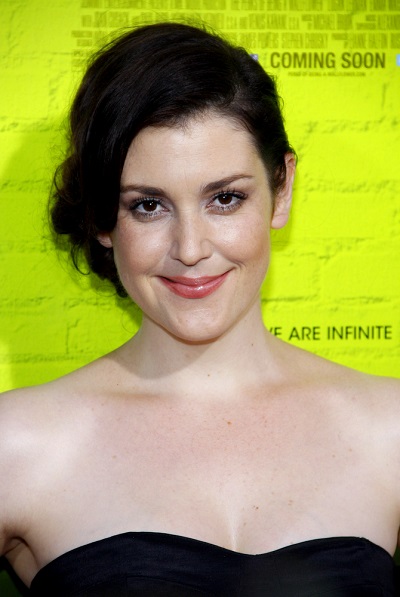 Lynskey in 2012, photo by Prphotos.com

Melanie Lynskey is a New Zealand-born actress. Her roles include Heavenly Creatures, Hello I Must Be Going, and Mrs. America, among many other projects. Her surname is Irish. Based on Melanie’s interview with Marc Maron in 2015, it seems fairly clear that Melanie is of largely or entirely Irish and English ancestry.

Melanie is married to actor Jason Ritter, with whom she has a daughter.

Melanie’s paternal grandfather was Desmond Patrick Lynskey (the son of Patrick Edward Lynskey and Mary Anne/Ann Tobin). Desmond was of Irish origin. Melanie’s great-grandfather Patrick was the son of Michael Lynskey and Ellen Moran, who were from County Mayo, Ireland. Mary Anne was the daughter of Margaret Connelly.

Melanie’s paternal grandmother was Shelagh Gold (the daughter of Eric Norman Gold and Kathleen Evelyn Frost). Shelagh was born in Swindon, Wiltshire, England. Eric was the son of James Frederick Gold and Florence Mary Humphrey. Kathleen was the daughter of Fred James Frost and Bessie Bryant.

Melanie’s maternal grandfather was John Hilton Mahoney (the son of Richard Halsey Mahoney and Mary/Molly Devereux). Richard was from Cork, Ireland. Mary was born in Greymouth, West Coast, New Zealand, the daughter of Richard Devereux, whose parents were Irish, his father from Wexford and his mother from Galway; and of Mary Jane Dunderdale, who was born in Lancashire, England, and who was likely of Scottish ancestry.