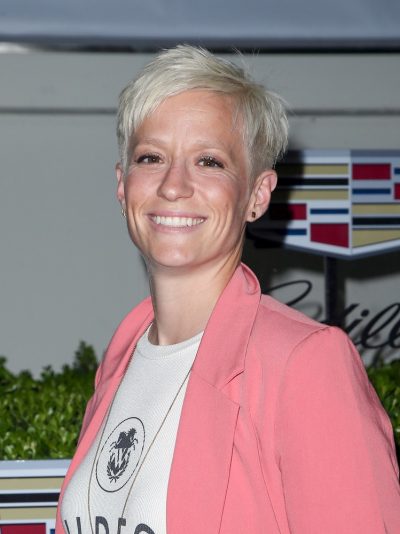 Megan Rapinoe is an American professional soccer player. As of July 2019, she has earned 158 caps for the U.S. National Team, scoring 50 goals.

Megan is the daughter of Denise (Kimball) and Jim Rapinoe.

The family name was originally Rapino.

Megan’s paternal grandfather was John Joseph “Jack” Rapinoe (the son of Michael R. Rapino and Lucille L. Lepore). Jack was born in Pennsylvania. Michael was the son of Giovanni Antonio “John” Rapino and Teresa Casalanguida, who were from Lanciano, Provincia di Chieti, Abruzzo, Italy. The name Casalanguida translates to “languid house.” Lucille was the daughter of Giuseppe Michael “Joseph” Lepore, who was born in Ripacandida, Provincia di Potenza, Basilicata, Italy, and of Josephine Pierlato, who was also Italian.

Megan’s Irish ancestors were from Treanacally and Kilrooskey. One of her great-grandfathers was surnamed Birmingham.