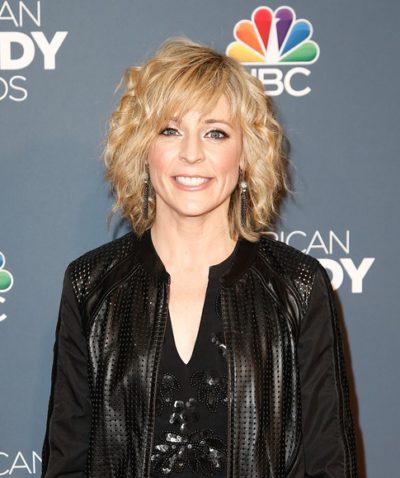 Bamford in 2014, photo by Debby Wong/Bigstock.com

Maria Bamford is an American stand-up comedian and actress.

Maria is the daughter of Marilyn and Joel Bamford. She is married to artist Scott Marvel Cassidy.

Maria’s paternal grandfather was Thomas Edwin Bamford, Jr. (the son of Dr. Thomas Edward Bamford and Esther Elizabeth Doughty). Maria’s great-grandfather Thomas was born in New Jersey, the son of George Alfred Bamford, who was Welsh, and of Francis Nelson. Esther was the daughter of Joseph Doughty and Phoebe Brown.

Maria’s maternal grandfather was Lynn Harvey Halverson (the son of George Franklin Halverson and Flora A. Cobb). Lynn was born in Wisconsin. George was the son of Asmund Halverson, who was Norwegian, and of Louisa Ellis. Flora was the daughter of Allen Cobb and Janette Smith.

Genealogy of Maria’s mother (focusing on her own mother’s side) – http://www.leavittfamilies.org