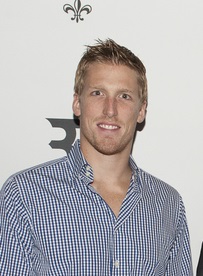 Marc Staal is a Canadian professional ice hockey player. He is a defenseman and alternative captain for the New York Rangers of the National Hockey League.

Marc is the son of Linda and Henry Staal, who are sod farmers. His grandparents were all Dutch.

Marc is married to Lindsay Ruggles, with whom he has three children.