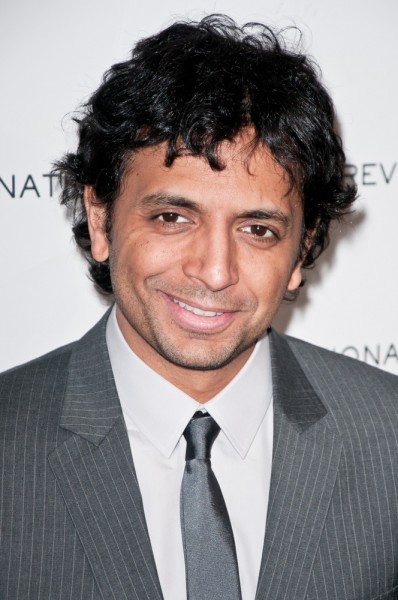 Shyamalan in 2011, photo by Prphotos

M. Night Shyamalan is an American director, screenwriter, producer, and actor. He is known for his films Wide Awake, The Sixth Sense, Unbreakable, Signs, The Village, Lady in the Water, The Happening, After Earth, The Visit, Split, Glass, and Old.

M. Night was born in Mahé, Puducherry, India, the son of Jayalakshmi and Nelliate C. Shyamalan. His father is of Malayali origin, from Mahé. His mother is of Tamil origin. His parents moved to the U.S. in the late 1960s, but his mother went back to India to give birth to him there. He spent a few weeks in Puducherry, before moving to the U.S. and growing up in Penn Valley, Pennsylvania. He was raised Hindu.

He added Night to his name in the early/mid 1990s.

M. Night is married to doctor, Bhavna Vaswani, with whom he has three children, including singer Saleka Shyamalan.