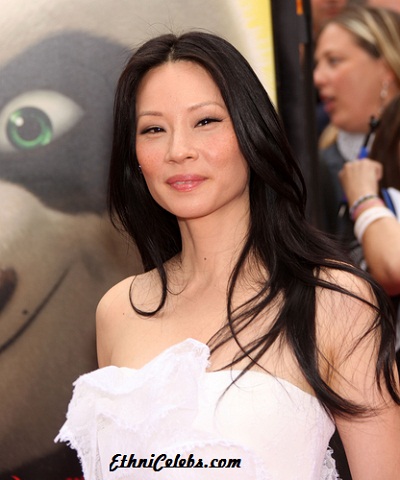 Lucy Liu is an American actress, director, producer, singer, and artist. She is known for her roles in the Charlie’s Angels and Kill Bill films, and the television series Ally McBeal.

Her parents, Cecilia and Tom Liu, are Chinese, from Beijing and Shanghai. They lived in Taiwan, and met in New York. She has stated:

I speak Chinese, I speak a little bit of Spanish, a tiny bit of Italian, a little bit of Japanese. I learned Japanese for Kill Bill, and I started taking Italian on my own. I took Spanish for 6 years in school, and I grew up speaking to Chinese.

Lucy speaks Mandarin. She was born under the name Lucy Liu, and added the middle name Alexis later in life.