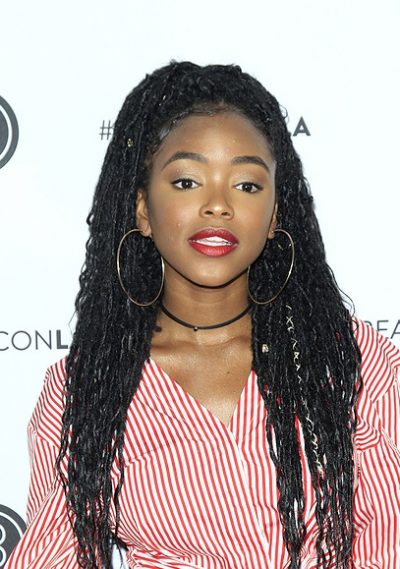 Simone in 2017, photo by kathclick/Bigstock.com

Lovie Simone is an American actress. She is known for her roles in the series Greenleaf and the film Selah and the Spades. Her Ghanaian father is likely of Ashanti background.