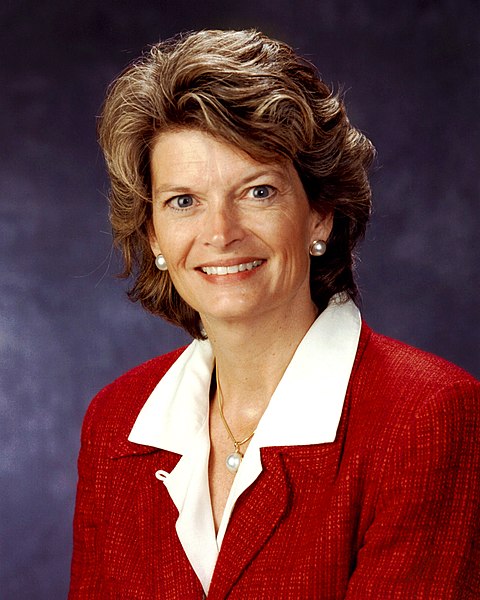 Lisa Murkowski is an American politician. A Republican, she has served as a U.S. Senator from Alaska, since December 20, 2002. She is the daughter of Nancy Rena (Gore) and Frank Hughes Murkowski, who was a U.S. Senator from Alaska, from 1981 to 2002, and a Governor of Alaska, from 2002 to 2006. She is married to Verne Martell, with whom she has two children.

Lisa’s paternal grandfather was Frank Michael Murkowski (the son of Louis Joseph Murkowski and Margaret Ann Keely). Frank was born in Washington. Louis was born in Wisconsin, to Polish parents, Jakub Murkowski and Ewa Zianek, from Netze District. Margaret was the daughter of Thomas Kealy and Sarah Ann Green.

Lisa’s maternal grandfather was Lester Otto Gore (the son of Charles Eugene Gore and Jennie Adella Gorsline). Lester was born in Oregon. Charles was born in Michigan, to Irish parents, John C. Gore and Ann. Jennie was the daughter of William Gorsline and Catherine Holmes.