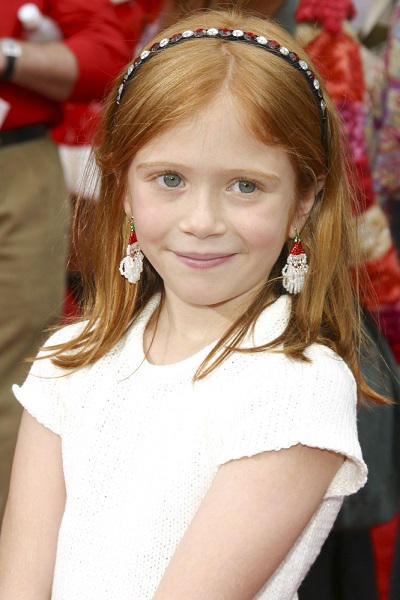 Liliana Mumy is an American actress.

She is the daughter of Eileen and actor Bill Mumy (Charles William Mumy, Jr.). Her brother is actor Seth Mumy.

Liliana’s patrilineal line can be traced to Johannes Christoff Mumme, who was born, c. 1640, in Friesland, Niedersachsen, Germany.

Liliana’s paternal grandfather was Charles William Mumy (the son of Isaac John Harvey Mumy and Adella Cardellia Kreighbaum). Charles was born in California. Isaac was the son of Samuel Mumy and Pleasant Arrilla/Arilla Anderson. Adella was the daughter of William E. Kreighbaum/Creighbaum and Dorothy Shobe.

Liliana’s paternal grandmother was Muriel Gertrude Gould (the daughter of Harry Maurice/Morris Gould/Goldberg and Alma Ovid Cicotte). Muriel was born in Michigan. Harry was the son of Polish Jewish parents, Israel Gould/Goldberg and Blume/Bluma/Blumie/Blomey/Bloomy Tauba Burnstein/Bernstien. Alma was the daughter of Joseph Cicotte and Josephine Bouchard, and was of French-Canadian descent.