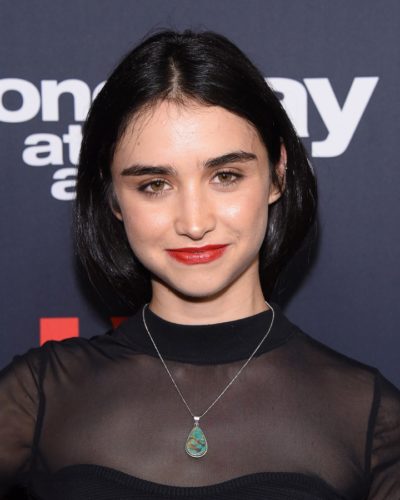 Barer in 2018, photo by DFree/www.bigstockphoto.com/

Libe Barer is an American actress.

Libe is the daughter of Ana and Sergio Barer. Her sister is actress Ariela Barer. Her family is Mexican. Libe was raised Jewish. Her ancestry is mostly Ashkenazi Jewish, from Eastern Europe, with two Mexican maternal great-grandparents, one and/or both of whom were Catholic.

Both my parents were born in Mexico. They’re also both Jewish. We’re pretty much from everywhere, in all honesty. I feel most connected to my Latina heritage, for sure. Most of my family, except for my parents, lives in Mexico. So, whenever we visit anywhere it’s to Mexico. I’ll be going there for the holidays.

Libe’s paternal grandfather likely is Jaime Barrer Uchitel (the son of Jacobo Barrer Simpsonovich and Eva Uchitel Sampolsta). Jaime was born in Vinnytsia, Ukraine, to Jewish parents. Jacobo was the son of Moisés Barrer and Eugenia Simpsonovich. Eva was born in Brailov, the daughter of Moisés Uchitel and Bertha Sampolsta.

Libe’s paternal grandmother likely is Lidia Miller Warm (the daughter of Harris Miller and Yetta Warm). Lidia was born in London, England, to a Jewish family.