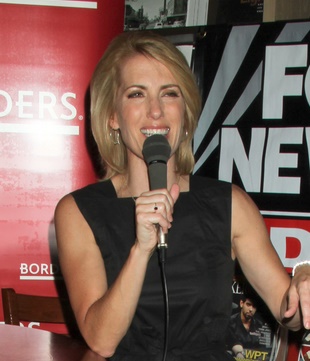 Ingraham in 2010, photo by Prphotos.com

Laura Ingraham is an American television radio talk show host, author, and conservative political commentator. She has hosted the show The Ingraham Angle since 2017.

Laura is the daughter of Anne Caroline (Kozak) and James Frederick Ingraham III. She has three children, who are adopted.

Laura’s paternal grandmother was Marie Jane Linehan (the daughter of John E./H. Linehan and Sarah J. McCormack). Laura’s grandmother Marie Jane was born in Massachusetts. Laura’s great-grandparents John and Sarah were also born in the state, while all of their own parents were Irish immigrants.

Laura’s maternal grandfather was named Michael Kozak (the son of Frank Kozak and Vera/Veronica Sikora). Michael was an ethnic Polish immigrant. Frank was the son of Catherine Hrubofsky. Vera was the daughter of Elizabeth.