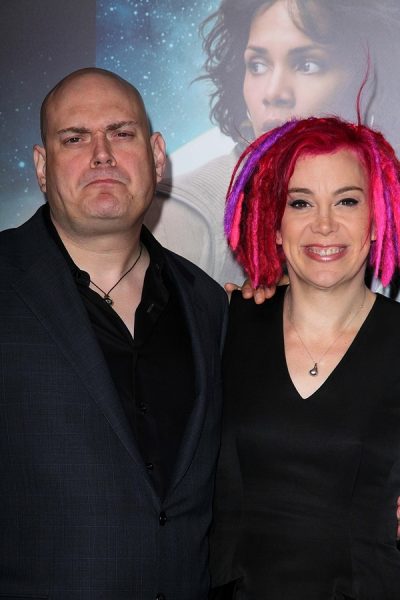 Lana (right) and Lilly Wachowski in 2012, photo by s_bukley/bigstockphoto.com

Lana Wachowski and Lilly Wachowski are American film and television directors, writers, and producers. They are collectively known as The Wachowskis or The Wachowski Sisters. They directed Bound, The Matrix, and its sequels, Speed Racer, Cloud Atlas, and Jupiter Ascending. They are trans women. For the first two decades of their career, they were credited as The Wachowski Brothers.

Lana and Lilly’s father, Ron Wachowski, was a businessperson, of Polish descent. Their mother, Lynne (Luckinbill), was a nurse and painter, of Irish, German, English, small amounts of Dutch and Scottish, and remote Swiss-German, descent. Their uncle is actor, playwright, director, and producer Laurence Luckinbill.

Sources: Genealogy of Lana Wachowski and Lilly Wachowski (focusing on their mother’s side) – https://www.geni.com

Lana and Lilly’s mother on the 1940 U.S. Census – https://www.familysearch.org