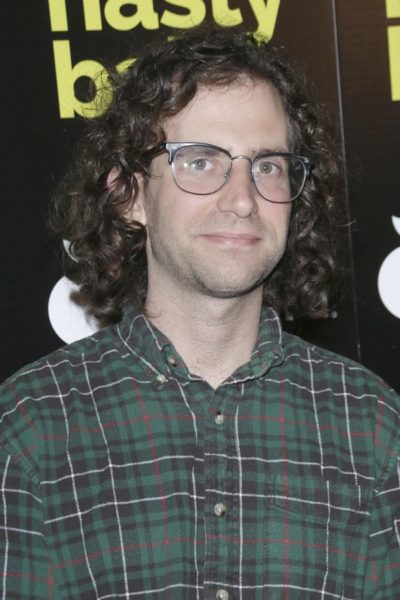 Mooney in 2015, photo by kathclick/Bigstock.com

Kyle Mooney is an American actor, comedian, and writer. He was a cast member on the show Saturday Night Live. He co-founded the sketch comedy group Good Neighbor.

Kyle’s paternal grandmother was Gertrude Adelaide Miller (the daughter of Louis Otto Jacob Miller and Alice Mary Reichenberg). Gertrude was born in New York, and was of German descent. Louis was the son of Louis Miller and Amanda Matilda Gemunder, who herself was the granddaughter of German-born violin maker Georg Gemünder, from Ingelfingen. Georg and his brother August Gemünder pioneered the construction of quality violins in the U.S. Kyle’s great-grandmother Alice was the daughter of William Trefuses Reichenberg and Mary Adelia Wicks.

Source: Genealogy of Kyle Mooney (focusing on his mother’s side) – http://www.geni.com