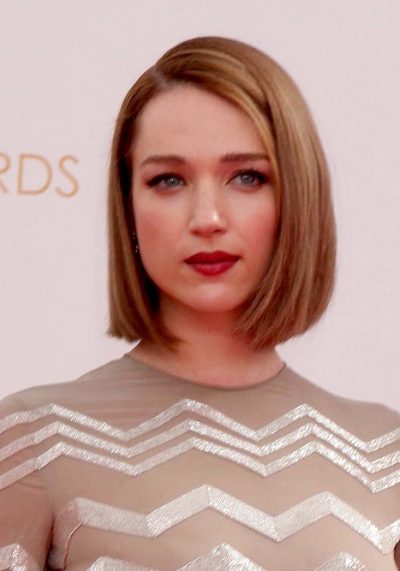 Ethnicity: Irish, as well as one eighth German, small amount of English

Kristen Connolly is an American actress. She is known for starring in the 2012 films The Cabin in the Woods and The Bay, among others.

She is married to Stephen O’Reilly, with whom she has two children.

Kristen’s paternal grandfather was William Henry Connolly, Sr. (the son of Sylvester James Connolly and Catherine A. Connorton). William was born in Newark, New Jersey. Sylvester was the son of William H. Connolly/Connelly and Bridget L. Reilly, who were born in the U.S., both of them to Irish parents. Catherine was also the daughter of Irish parents, Thomas Connorton/Comerton and Mary A. Rodgers/Roger.

Kristen’s paternal grandmother was Dolores Marie Rachel (the daughter of Clement Julius Clarence Rachel and Nora M. Lennon). Dolores was born in Orange, New Jersey. Clement was the son of Julius August Rachel, whose parents were German, and of Caroline/Carrie/Carolina M. Finders, whose father was German. Nora was the daughter of Irish immigrants, Patrick Lennon and Elizabeth.

Kristen’s maternal grandfather was named Robert Vincent Sharkey (the son of John Sharkey and Catherine). Robert was born in Newark, New Jersey. John was an Irish immigrant. Catherine was born in New Jersey, to Irish parents.

Kristen’s maternal grandmother was Marilyn Elizabeth Heary (the daughter of Philip/Phillip Joseph Heary and Elizabeth Kellett). Marilyn was born in Newark, New Jersey. Philip was the son of Irish emigrants, Luke Heary and Mary Corrigan, who was from Drumgoon, County Caven. Elizabeth was the daughter of George H. Kellett and Mary Cronan, who were born in New Jersey, both of them to parents from England, with likely at least some Irish ancestry.