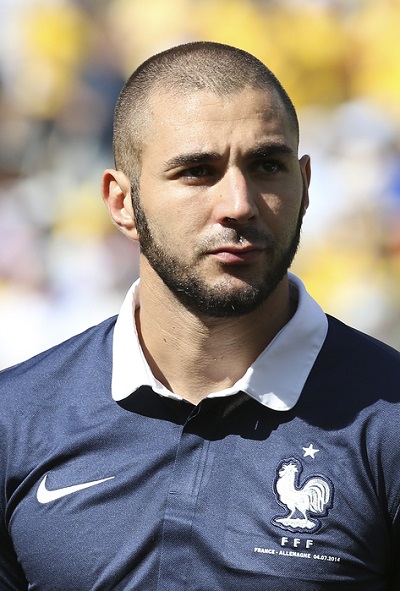 Benzema in 2014, photo by Celso Pupo/Bigstock.com

Karim Benzema is a French professional footballer. He plays as a striker for Spanish club Real Madrid and the France national team.

Karim’s father, Hafid Benzema, was born in the village Tighzert, located in the northern town, Aït Djellil, in Kabylie, Algeria. Karim’s mother, Wahida Djebbara, was born and raised in Lyon; her family originated from Oran. Karim grew up in Bron, an eastern suburb of Lyon. His younger brothers, Gressy and Sabri, are also footballers.

A practicing Muslim, Karim observes fasting during the Islamic holy month of Ramadan.

Karim’s paternal grandfather was named Da Lakehal Benzema. He lived in Tighzert settling in Lyon in the 1950s.