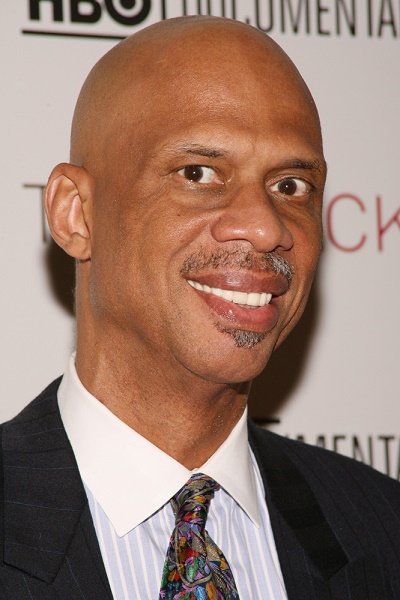 Abdul-Jabbar in 2008, photo by Prphotos.com

Kareem Abdul-Jabbar is an American professional basketball player, writer, and actor. He played in the NBA, and is in the Hall of Fame as a Laker. He is widely considered one of the greatest basketball players of all time.

Kareem is the son of Cora Lillian (Douglas), of North Carolina, and Ferdinand Lewis Alcindor, who was born in New York, to parents from Trinidad. He converted to Islam in the late 1960s.

He has several children, including three with his former wife, Habiba Abdul-Jabbar.

Kareem’s paternal grandfather was Cyrus Alcindor (the son of Charles Alcindor and Mary Alexander). Cyrus was from Point Fortin, in southwestern Trinidad.