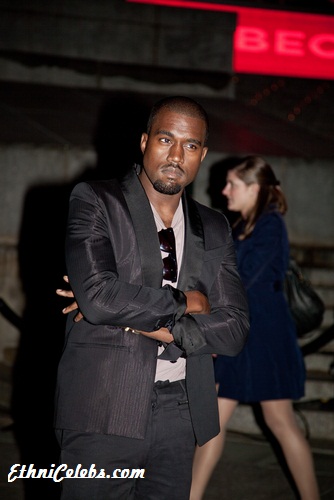 He is an independent candidate for President of the United States in 2024.

He was previously The Birthday Party’s nominee for President of the United States in 2020.

Kanye was born in Atlanta, Georgia, and moved to Chicago, Illinois, with his mother at the age of three, living in Oak Lawn. His father, Ray West, was a member of the Black Panthers and a photojournalist, and is now a Christian counselor. His mother, Dr. Donda C. (Williams) West, who passed away in 2007, was a professor of English at Clark Atlanta University, and Chair of the English Department at Chicago State University. Donda raised Kanye as a single mother, and had stated that she raised Kanye to be a leader and to always be outspoken.

The name Kanye is an Igbo, West African name, and the name of a town in Botswana.

Kanye’s paternal grandfather was James Frederick West, Sr. (the son of Virgil Henry West and Estella/Stella Selby). James was born in Delaware. Virgil was the son of Handy B. West, whose parents were free people of color, and of Mary Holloway.

Kanye’s paternal grandmother was Fannie Mae/B. Hooks (the daughter of Early Hooks and Mary Rolfe/Row). Fannie was born in Arkansas. Early was the son of Elsie Hooks. Mary was the daughter of Lott/Lot Rolfe.

Kanye’s maternal grandfather was named Portwood Williams (the son of John Williams and Clara). Portwood was born in Oklahoma, and was a civil rights activist.

Kanye West with daughter North West in 2015, photo by Prphotos

Genealogy of Kanye West (focusing on his father’s side) – http://familytreemaker.genealogy.com