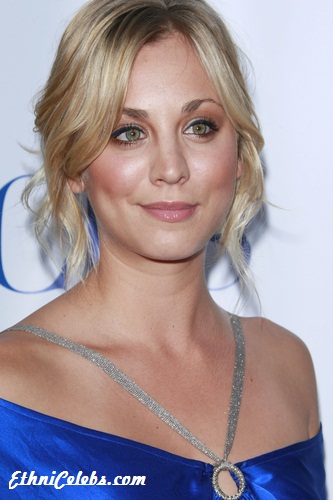 Kaley Cuoco is an American actress.

Kaley is the daughter of Layne and Gary Cuoco. Her sister is actress and singer Briana Cuoco. Cuoco means “cook” in Italian. Kaley’s father is of Italian descent. Kaley’s mother has English and German ancestry. She was credited under her former married name Kaley Cuoco-Sweeting for a time.

Kaley’s maternal grandfather was Lloyd Walter Wingate (the son of Harry W. Wingate and Mayme Irene “Mamie” Clarkson). Lloyd was born in Indiana. Harry was the son of Ollie P. Wingate. Mayme was the daughter of Walter Enoch Clarkson and Rebecca Ann Vinson.

Genealogy of Kaley’s paternal grandmother, Mary Doris Marrone/Morrone (focusing on her own father’s side) – http://freepages.genealogy.rootsweb.ancestry.com