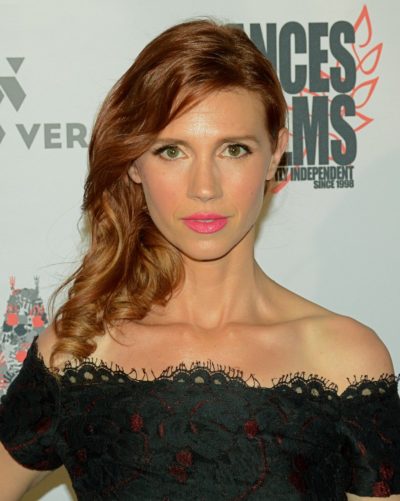 Julie McNiven is an American actress and singer.

Julie is the daughter of Rebecca “Becky” B. and Roy “Sandy” McNiven, Jr.

Julie’s great-grandfather Alexander was the son of Frederick James McNiven I, who was born in Glasgow, Scotland to Canadian parents of Scottish descent, and of Rosanna O’Bryan/Bryan, who was Canadian. Julie’s great-grandmother Isabel was the daughter of James Norman Bailey and Elizabeth Noseworthy, whose own parents were from Devon, England.

Julie’s paternal grandmother was June Brown (the daughter of Clarence James Brown and Effie May Tate). Clarence was the son of Hiram Brown and Matilda Tracey. Effie was the daughter of Samuel Robert Tate, who was from Belfast, Northern Ireland, and of Myrtle M. Blend.