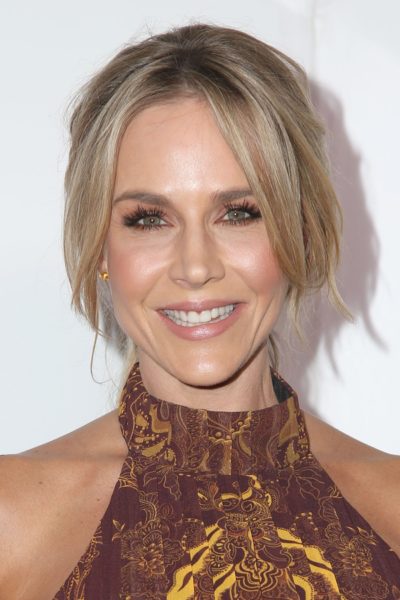 Benz in 2016, photo by kathclick/bigstock.com

Julie Benz is an American actress. She is known for her roles on the series Buffy the Vampire Slayer and Angel and in the film Saw V, among many other works.

Her mother, Joanne, was a figure skater, and her father, George Benz, is a surgeon. She is married to Rich Orosco.

Julie’s paternal grandparents was George Henry Benz (the son of Henry J. Benz and Gertrude Heffernan). Julie’s great-grandfather Henry was the son of John Benz and Annie Heisel. Gertrude was the daughter of Patrick Heffernan and Nora, who were of Irish descent.