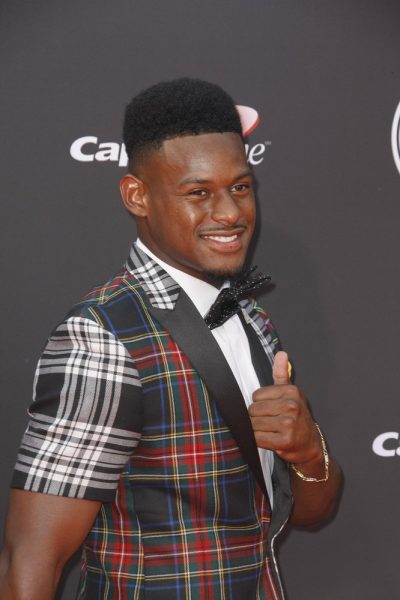 JuJu Smith-Schuster is an American professional football player. He is a wide receiver for the Pittsburgh Steelers of National Football League (NFL).

He is the son of Sammy Toa Schuster and LeAndre Smith. He was raised by his mother and stepfather Lawrence Schuster. His cousin, Johnny Nansen, is the USC Trojans’ assistant coach.

JuJu’s maternal grandmother was named Teuila C. Faatoalia/Fa’atoalia/Faatoali Toa. Teuila was born on the island of Manu’a, in American Samoa.