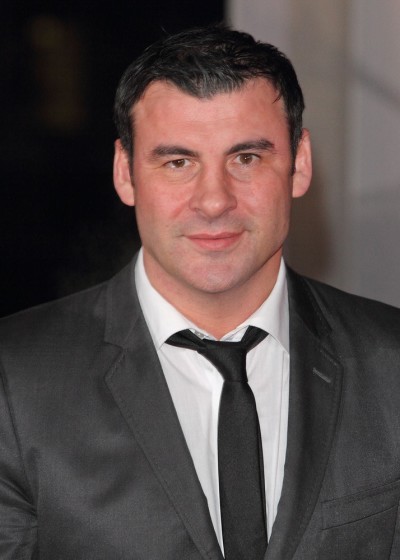 Calzaghe in 2013, photo by Prphotos.com

Joe Calzaghe is a Welsh professional boxer. He has held world championships in two weight classes, including the unified WBA (Super), WBC, IBF, WBO, Ring magazine, and lineal super-middleweight titles, and the Ring light-heavyweight title. He is nicknamed “The Pride of Wales,” “The Italian Dragon,” and “Super Joe.”

Joe was born in Hammersmith, London, England, to a Welsh mother, Jacqueline, and to an Italian father, Enzo Calzaghe, from Bancali, Sassari, Sardinia. The family moved to Wales when he was two. He has two children with his former wife Mandy Davies.