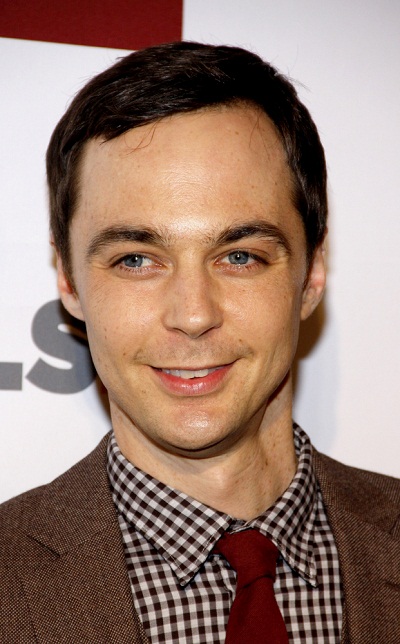 Jim Parsons is an American actor. He is the son of Judy Ann (McKnight) and Milton Joseph Parsons. Jim is married to art director Todd Spiewak.

Jim’s paternal grandfather was Milton Joseph Parsons (the son of Thaddeus Paul Parsons and Jeanne Mary Hacker). Milton was born in Texas. Thaddeus was the son of Joseph Wesley Parsons and Locasta/Leocasta Oedema/Didema “Dee” Bishop. Jeanne was from a Louisiana family of mostly French, and some German, descent, and was the daughter of Charles Pierre/Peter Mayer Hacker, who had French ancestors born on Haiti, and of Adele/Adelle Marie/Mary Drouet.

Jim’s paternal grandmother was named Mae Alice Johnson (who was likely the daughter of Frederick Johnson and Tilda). Mae was born in Texas. Frederick was the son of William Monroe Johnson and Della Clara Willhide.

Jim’s maternal grandmother was Wilma Dene/Dine Eckman (the daughter of Samuel Gordon Eckman and Zulah LaPrincess Carter). Wilma was born in Texas. Samuel was the son of Daniel Washington Eckman and Susan Rebecca Blackburn. Zulah was the daughter of Bennett Crafton Carter and Zillah Annette Hutson.

Genealogy of Jim’s father (focusing on his own father’s side) – http://www.findagrave.com

A discussion of some of Jim’s German and French roots – http://archiver.rootsweb.ancestry.com