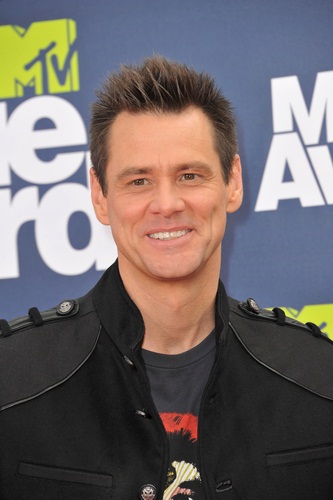 Jim is the son of Katherine/Kathleen Marie (Oram) and Percy Joseph Carrey. His family’s surname was changed from Carré to Carrey before Jim was born. His father was of French-Canadian ancestry, along with distant English roots. His mother was of Scottish and Irish descent.

Jim’s paternal grandmother was Angéline Suavé (the daughter of Samuel Suavé and Ursule Bélanger). Angéline was born in Moose Creek, Ontario. Samuel was the son of Jean Baptiste Suavé and Marie Norberine Decoeur. Ursule was born in Ratawatchan, Renfrew, Ontario, the daughter of Nicolas Bélanger and Sophie Charbonneau.