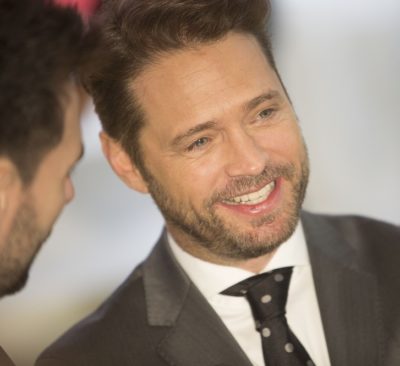 Jason Priestley is a Canadian actor, director, and race car driver. He is the son of actress Sharon Kirk and the brother of actress Justine Priestley.

Jason became a U.S. citizen in 2007. He is married to makeup artist Naomi Lowde, with whom he has two children.

Jason’s paternal grandmother was Edna Mary Smith (the daughter of Archibald Smith and Elizabeth May Marshall). Edna was born in Sheffield, Yorkshire, England.