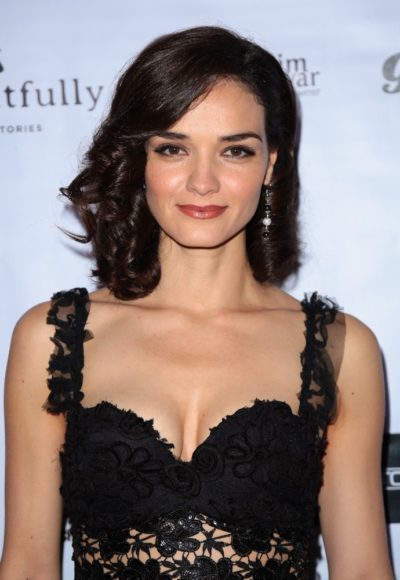 Ethnicity: German, French-Canadian/French, English, as well as one eighth Danish

Jamie Bernadette is an American actress and producer.

Jamie’s paternal grandfather was Clarence Sommer (the son of Charles W. Sommer and Lela Morris). Clarence was born in Illinois. Charles was the son of John Randalhle Sommer, whose parents were German, and of Mary Elizabeth Brooke, whose father was English. Lela was the daughter of Elmer Morris and Neva E. Hershman.

Jamie’s paternal grandmother was Carolyn M. Dusenbury (the daughter of Roy Francis Dusenbury and Verlie E.). Carolyn was born in Illinois. Roy was the son of Edward B. Dusenbury and Eugenia/Eugenina Duga, whose parents were French-Canadian.