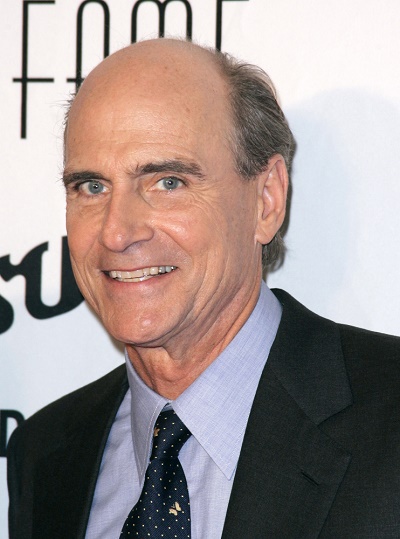 Taylor in 2009, photo by Prphotos.com

James Taylor is an American singer, songwriter, and guitarist. He is a five-time Grammy Award-winner.

James is the son of Gertrude Arline (Woodard) and Isaac M. Taylor (Isaac Montrose Taylor), a resident physician. His siblings include musicians Alex Taylor, Kate Taylor, and Livingston Taylor. He is married to Caroline “Kim” Smedvig. He has two children, singer and songwriter Sally Taylor and musician and actor Ben Taylor, with his former wife, singer, songwriter, musician, and author Carly Simon; and two children with Caroline.

James’s patrilineal line can be traced to James Taylor, who was born, c. 1700, in Kincardine, Fife, Scotland.

James’s maternal grandmother was Ella Angelique “Angie” Knox (the daughter of Frederick/Fred Charles Knox and Ruth Elizabeth Collins). Ella was born in Massachusetts. Frederick was the son of Willard Knox and Lovercia L. Hardy. Ruth was the daughter of Charles A. Collins and Ruthella Adelaide “Ella” Delande.