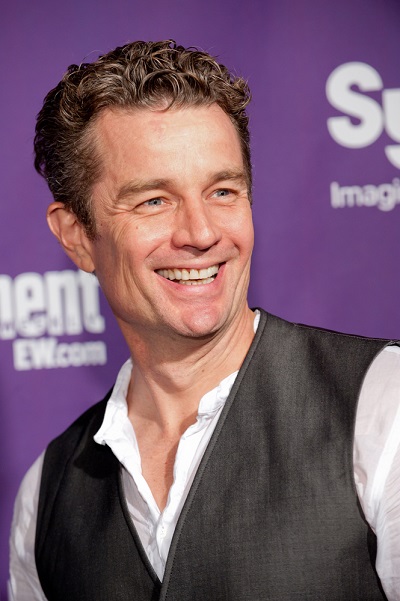 Marsters in 2010, photo by PrPhotos

James Marsters is an American actor, musician, and comic book writer. He is known for playing Spike on the series Buffy the Vampire Slayer and Angel, and has also appeared on the shows Smallville, Torchwood, Caprica, and Runaways, among others.

He is the son of Margaret and James Marsters, a United Methodist minister. James was raised in Modesto, California. He has a son with his former wife Liane Davidson.

[My ancestry is] English, Irish, German, French and quite a good bit of Scottish from the Buchanan clan. My family Marsters is in the book of Domesday and helped Norman conquer in 1066 – we were good at something so they called us Masters and gave us a good castle and some sheep and stuff.

James’ maternal grandfather’s surname was Raymond (the son of Frederick Nathaniel Raymond). Frederick was the son of Edward Burleson Raymond and Juanita Rodriguez, who was of Mexican heritage.