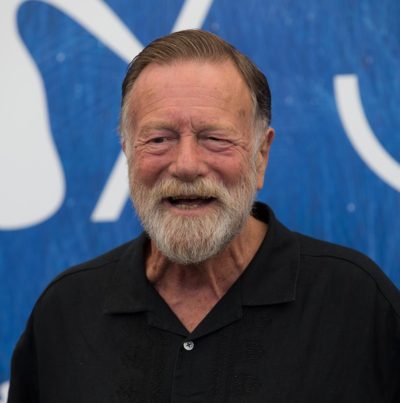 Thompson in 2016, photo by magicinfoto/bigstock.com

Jack Thompson is an Australian actor, one of the most prominent of his country.

He is the son of Marjorie Enid (Hall) and Harold Hadley Pain, a merchant seaman. His mother died when Jack was a child, and he was sent to an orphanage, from which he was later adopted by Pat and John Thompson. His adopted brother is film reviewer Peter Thompson. He is married to Leona King. Jack has a son with his former wife Beverley Hackett; and a son with Leona.

Jack’s biological paternal grandmother was Vera Alma Lee (the daughter of German Thomas Lee and Kathleen Jackson Byrnes). Vera was born in Hamilton, Newcastle, New South Wales. German was the son of Fredrick Norman Lee and Elizabeth Finlay, who was born in Wicklow, Ireland. Kathleen was the daughter of Elisha H. Byrnes and Charlotte Jackson.

Source: Genealogy of Jack Thompson (focusing on his father’s side) – https://www.geni.com